THE BLOG TAKE AWAY: MITOCHONDRIAL SCALE TIES US TO TIME

Many people do not know that bacteria and Archea undergo explosive growth in space. This was well known when an America astronaut Dave Wolf spent 4 months in space on the Russian MIR space station for NASA before the USA planned on building the International Space Station. When Wolf opened up the hatch where all the water and wiring were found he found the are filled with microbial life. This shocked NASA and they knew this could mean trouble for the space program if they were going to try to colonize space.  Astronauts from all countries could be at risk for infections because in space we lose our native immunity and bacteria grow rapidly.  That can be a deadly combination for humans.  Space time does not equal human time. 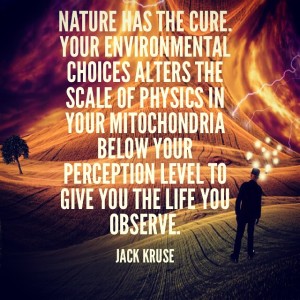 Little did they know it was the calling card for what ails modern humans on Earth. Confused? Let me explain some evolutionary history to you.

The next trip into space, NASA made sure this experiment was fast tracked to prove that bacteria do, in fact, undergo massive growth in space. They had to prepare the ISS for this issue for health issues for the astronauts. It was performed on the ISS quickly and proven true.  Changes were made to the design of the ISS and how astronauts were protected.  They did the seminal experiment that showed when you put a bacteria into a place with no connection to Earth or to the sunlight bacteria undergo explosive growth.

Why is this a critical piece of evidence in my Quilt document? What is our mitochondria fundamentally, and where did we get them? Mitochondria are a bacteria we stole by endosymbiosis 600 million years ago at the Cambrian explosion.  We controlled its growth on Earth, in our own cells,  by surrounding it with water (EZ) and deleting most of its genes to 37 in number.  We deleted the genes to make it use only oxygen because oxygen is present here on Earth.  Only 13 of its genes remain which code for the proteins that make the respiratory proteins which tunnel electrons from food, magnetic flux, and the sun. 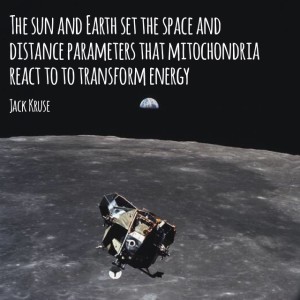 After the eukaryotic cells absorbed the bacteria it surrounded it with water and cell membranes loaded with DHA. Why did it do this? Bacteria are known to release 5000 times as much light as eukaryotic cells. Heat is a form of IR light. Heat and light do special things to water. Heat shrinks water. This controls the size and shape of the mitochondria below. This is why bacteria in space grow like mad. When they swell this is a stimulus to divide. Since our mitochondria used to be a bacteria we control its size and shape to use it as a powerhouse of quantum energy production. All frequencies of light affect cell water but UV and IR light build water into a battery by making something called the exclusion zone of water. It has a net negative charge and excludes protons from it. This EZ of water become a perfect battery to run the ATPase of the mitochondria as a quantum torque engine. In space, we lose these effects in our own mitochondria and this is why astronauts get unusual medical conditions.

Today we live an indoor life, out of the sun and disconnected from the Earth magnetic field. A blue lit world that is microwaved simulates space from a mitochondrial perspective. Life is really simple, but we insist on making it complicated today. Cells seek simplicity in a connection to the sun and Earth and not a connection to the complexity of technology. Once that happens we lose the ability to employ the massive capabilities of quantum mechanics in a cell.

This implies avoidance of the sun maybe more dangerous to humans than smoking.  HYPERLINK

The body is capable of more, the less we give it. This completely describes the observation of what coherent energy is. A small current in a solid state can lead to a massive output. A nuclear weapon also does the same,  and so can our biology because we are filled with semiconductors that collect sun light to store it.   The method is different but the concept of energy coherence is the same. When you eat carbs while you are missing sunlight, it is  akin to being a regular light bulb with your light unfocused.  When you eat foods locally and seasonally you become a laser beam because your light is focused on the water around your mitochondria in the cytosol.  When you focus on quantum biology effects of your own semiconductors you become a laser beam created by the sun’s light. Both are made up of light, the key difference is, one focused and the other dispersive; but you are made up of the same elements of nature.  Life is nature’s best work of art.  Cells let her waves, her fabric, and her rhythms penetrate us to make reality persists.  When that connection fades so does life. 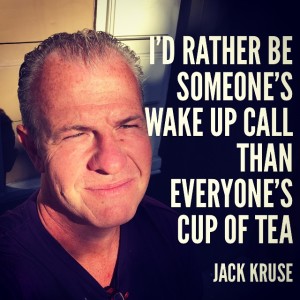 So what disease in humans since 1893 has shown explosive growth?

See, on Earth when our cells and body are connected to Earth’s magnetic field and to the sun’s rays, it created a sea of EZ water in our cells that surround our mitochondria to shrinks their sizer to control what they can and cannot do. We learned what an exclusion zone does with sunlight from Dr. Gerald Pollack. Might the cancer explosion since 1900, be from the human civiliazation creating things that “mimic a space environment” here on Earth?

I will remind you yet again that Tesla and Westinghouse used AC current for the first time in 1893 world’s fair in Chicago and pissed off Rockefeller and his kerosene lamps; this aggravated JP Morgan who was financially backing Edison DC current and the plant in NYC and Niagara falls. Westinghouse and Tesla won the World’s Fair contract with their AC current, but did our species win this battle 135 years later? In my opinion, this is where our modern problems began. My members got this info packaged into webinar’s on two modern diseases called Kawasaki’s Disease and electromagnetic sensitivity. Both of these diseases are related to this same mechanism. Both diseases are not well understood like cancer is today. All of these diseases clearly link to the disruption of energy flows from the sun and Earth to the water bathing our mitochondria in our cytoplasm to change mitochondrial functioning. This is how the space environment can show modern biology these effects in detail, if they were willing to look. Few are. Cancer researchers are currently looking in the nuclear genome when the changes there are driven by what occurs first in the mitochondria. Sad, but true. 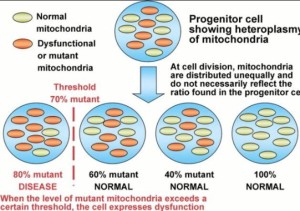 Do you still think technology is 100% positive for humans?

Ask your mitochondria, the one who used to be a bacteria, if they sense being disconnected from nature is wise.