You need to watch the last 5 minutes of the video included and makes sure you get the impact of Dr. Doug Wallace’s statment of where disease really comes from.  Now I want you to fully understand how coupling works in humans using light.  The coupler humans use is called an ‘ interactive controller’ .  It turns out our non coding DNA is the seat of epigenetic control over our genome and the knobs of the system are light frequencies.   When a system loses negative feedback control you uncouple cycles from one another. Let me give you a clear example of a LOSS of negative feedback control: in this type of coupling mechanism two components of the system have opposite effects on one another. Consider prey and predator as a couple. Consumption of prey by predator has a positive effect on the eater, and a negative on on the eaten animal. The negative effect on predators on prey prevents uncontrolled growth of the predator’s population. This stabilizes the population sizes of both groups when they are coupled.  Blue light is a major uncoupler of mitochondrial biology because in natural sunlight blue light is ALWAYS coupled to the 42% of IR-A light present in sunlight. 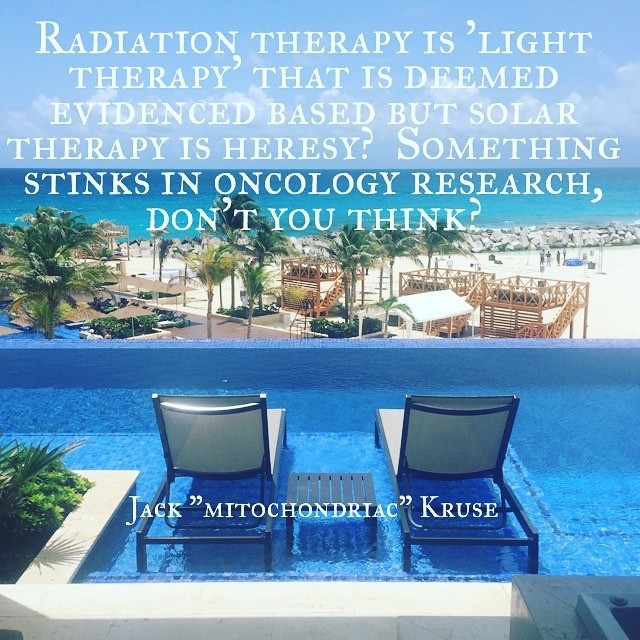 By Jack Kruse|July 31st, 2017|Uncategorized|Comments Off on Circular Thermodynamics By Light