TIME #24: HAS PHYSICS FINALLY CAUGHT UP WITH NATURE?

TIME #24: HAS PHYSICS FINALLY CAUGHT UP WITH NATURE?

THE BLOG TAKE AWAY:  IS LIFE MADE FROM EXOTIC FORMS OF MATTER? 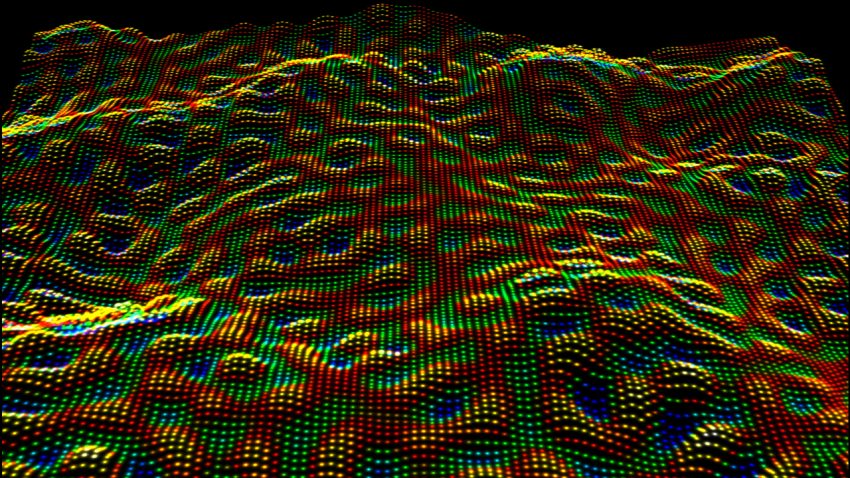 This week the Nobel Prize for physics for 2016 was given for the discovery of topologic insulators (TI’s).  My long term members will remember that 3 years ago I predicted that this area would get this award and I felt that the key driving the award would be how physicists would continue to find that exotic forms of matter do things that man just does not expect at surfaces.  When I gave the webinar 3 years ago on this topic I said that soon science would prove what goes on the surfaces of things may turn out to be more important than what goes on beneath the surface.  I made the comment because I felt photo-chemistry at surfaces was more important than solution bio-chemistry in cells below.   Topologic insulators (TI) in physics concern itself with the very bizarre properties of matter in extreme states, including superconductors, superfluids and thin magnetic films.

This is “what” the physics of organisms made from to create life.  Life is an exotic state of matter.

I believe that bio-physicists will soon discover that TI’s are buried inside of every base pair of DNA and they act like a superconducting magnetic film for life.  It is on this thin film of nucleic acids that life becomes a perpetual motion machine of subatomic particles that allows life to continue unimpeded, as changes occur in energy in the environment.  In fact, we may even find out space is flat and not a multiverse because of topology.  This makes evolution rapid and complex and not gradual as biology has come to accept.  Topological insulators conduct electricity on their surfaces but do not conduct the current deep inside their cores.  This helps explain why DNA’s surface is highly coiled and coated with histones, chromatin, and methyl groups in its “quiet state” and how it can receive photo-electric instructions to run the epigenetic programming it contains deep within.  What happens on its surface can awaken the code of life buried deep below its double helix which is capable of change because of how Dirac fermions operate.  (see pic above)

Within the heavily condensed and coiled state DNA structure tightly holds atoms, electrons and photons in one “spin state”.  When DNA is uncoiled by electromagnetic signals from our mitochondria on its surface, light is liberated from the double helix and the surface template radically changes its “topology” by altering spin states.  Topology is a branch of mathematics focused on the fundamental shapes of things as they change.  In cells, proteins can vary their size and shape based upon the light energy that is added or subtracted to their molecular bonds.  In this way, life can be considered a quantum computer that is working in parallel with a quantum universe that also runs on light.   The messages are information buried in light waves that can be magnetically stored in a thin film using non-linear aspects of light.  DNA is the ultimate topologic insulator or superconductor suspended in a superfluid of EZ water that conducts electrons, protons, and photons in different ways.  This Nobel Prize may soon get biology away from its “solution based ideas” in biochemistry books and push them toward quantum biology which uses a solid-state foundation.  That is what this Nobel Prize means to me in 2016.

Topologic insulators are special semiconductors that cells use to innovate life.  These do not act like silicon wafers made at Intel.  They may even create transient dynamic states where magnetic monopoles become possible in nature because they can emerge and disappear because of how topology can change as the environment changes.  TI’s allow for shapeshifting in living systems using light.  This also means that alien light waves can disrupt our TI’s quite easily.  Examples of topologic processes are superconductivity, spintronics, the quantum Hall effect, and the inverse magnetic Hall spin effect.

DNA is really a magnetic film of light’s instructions to create life. DNA is a master protein that uses the science of topology to innovate solutions using quantum computation.  The spins of electrons/protons are not only manipulated by magnetic fields (mitochondria) but also by electrical fields (proteins side chains) and can be used to collect and store information from electrons or the photons they carry. All magnetic drives use spintronics today to magnetically store data on hard drives.  I believe this week’s announcement of the Noble Prize will usher in the quantum biology paradigm change because it is only a matter of time before bio-physicists begin to understand how DNA does what it does use exotic states of matter in cells at body temperature.  We already know a leaf can do it via photosynthesis and so can a European Robin using a light inclination magnetic compass in its eye.  In my humble opinion, this process works in all animals tissues to create the many species of animals we all observe in the classical world we inhabit. 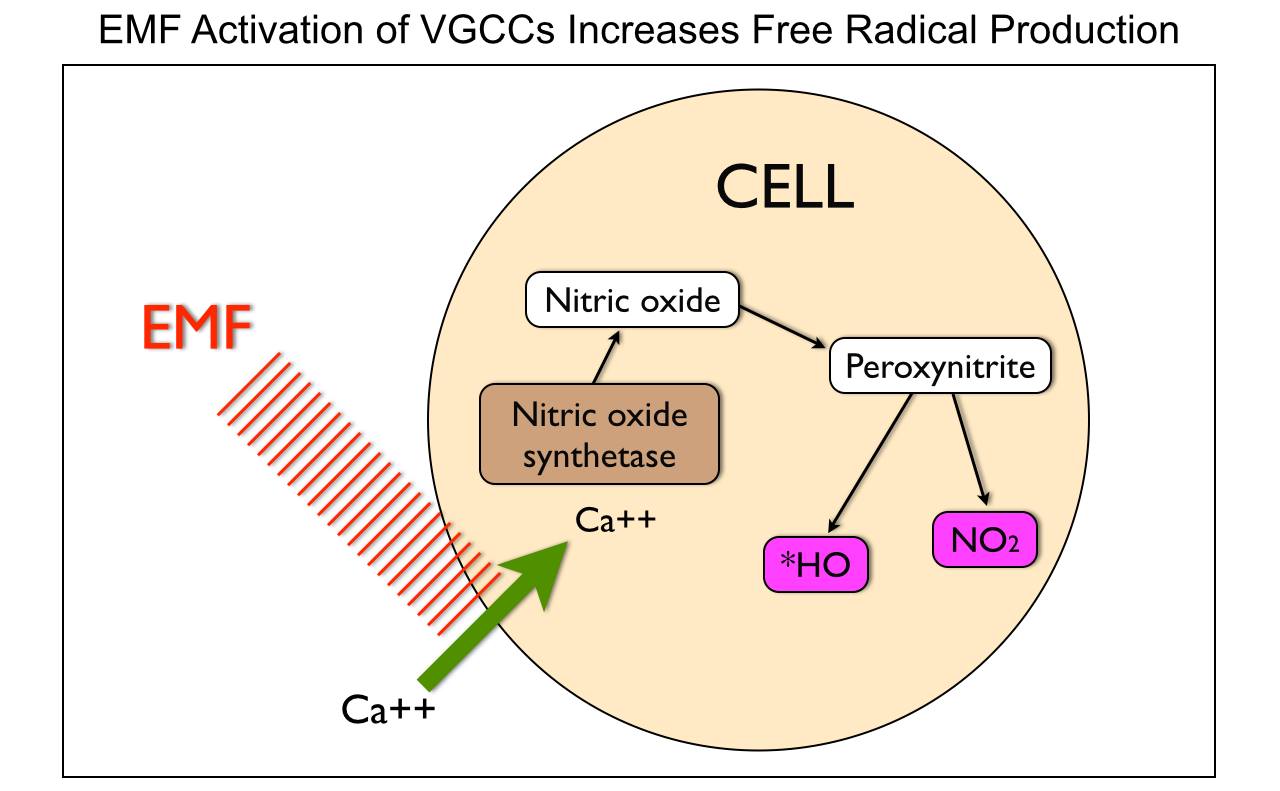 The key to the understanding of how TI’s operate is how the surface charges of materials changes with respect to incident EMF’s (see above).   The interactions of electrons in a solid or liquid crystal change space in abstract ways. If you look at the picture below you can see odd shape and size changes and this leads to the different thermodynamics of what is possible on the surface.  Many TI’s develop “holes” where electrons are absent and this allows them to act as P-type semiconductors and then there are adjacent regions that are extremely electron rich that can act as an N-type semiconductor. Those positive and negative regions can act like “charges” and can lead to striking effects. For example, an insulating material (phosphorus) can become conductive at its surface when sunlight hits it.  Phosphorus has ten atoms that stick directly out from the surface of DNA when you look at it from an axial view.  See figure C below.  Those ten atoms are surrounded by 447 water molecules to form part of the TI in DNA.  The addition of phosphorus and iodine in the EZ crystalline water networks create a “playground of charges and spins” to control DNA from the surface. 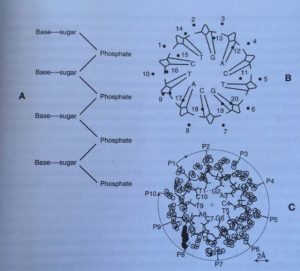 C. Note the ten phosphorus groups sticking out to bind with EZ water as DNA unwinds.

The light’s photons cause interactions among the electrons and the “holes” and this causes different “topologies or maps” of quantum processes to occur on the materials’ surface.  If the surface charge is sustained it can even change the entire bulk of material’s in tissues to do things we would not expect. Most biologists and physicists think the skin and blood of animals are insulators today because of how they study the components of skin in vitro, but it turns out when the proteins are sulfated and placed in sunlight, the interactions are likely quite different than our expectations. This is how TI’s change activities when they are activated.  These tissues are optimized for function in nature and not in a lab under man-made light.  If you look at the structure of chlorophyll and hemoglobin you see very similar chemical cages around the metal ion at the center. 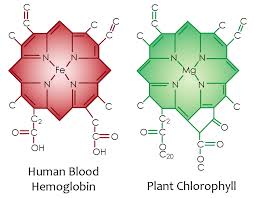 When these TI principles now fully accepted in science, it clearly is a signal to biologists that tissues can be enabled and disabled by the environmental electromagnetic signals to loosens things up in tissues so electrons can flow and the material conducts an electric current.  Becker and Burr found these abilities in animals and plants first but really had no way to know about topologic states during their careers because they were not discovered by physics.  I had a sense long ago that Becker was the first person to truly find a biologic TI in bone, and today I know he did.  Now, the physics paradigm has awarded a Nobel Prize for the discovery who used math to get there.  Physics concerned itself with math, but math cannot explain nature completely.  It is too bad they did not look at Becker’s work because his experiments were far more impressive than the math work this physicist did.

Why is this weeks’ Nobel announcement a big deal in paradigm change? Physics already knows when we combine topological insulators with a superconductor, which conducts electricity with no resistance, researchers may be able to build a practical quantum computer.  Well, soon both physics and biology are going to realize Mother Nature already did that in our skulls and in our cells.  There is a reason collagen is the most common protein in the entire animal kingdom.  There is a reason all life uses water.  Both reasons linked to the formation of exotic states of matter in things alive.   It is my belief that this is what collagen and water do in the cell,  and they connect directly to the link to two other TI’s, namely DNA and mitochondria to operate the living matrix.

For technology, topological insulators could bring future computing platforms based on “spintronics.” This will change computing from an electronic mode to a photonic mode where light is used to compute.  Using light to compute offers distinct advantages for computation.  Conventional computers use the presence and absence of electric charges to represent ones and zeroes in a binary code needed to carry out computations. Spintronics, however, uses the “spin state” of electrons on surfaces to represent ones and zeros. Since spintronic components would not be based on the movement of charge carriers like electrons, but instead on the transport or manipulation of their spins.  Spins of electrons can be altered by light frequencies.   This would require considerably less energy to process information and transfer energy.  The human neocortex sits on the brain’s surface surrounded by water.  It uses only 20 volts of power.  The human brain is a quantum computer that uses spintronics, photonics, and changes its topology between night and day to do the job of living.  My bet is that people will soon understand that the surface of the human brain uses an exotic state of matter to become capable of doing the things we observe it do.  This week’s announcement makes me hopeful that change is coming to medicine very quickly now.